KPMG Found To Be Untruthful - Whither Professional Standards? 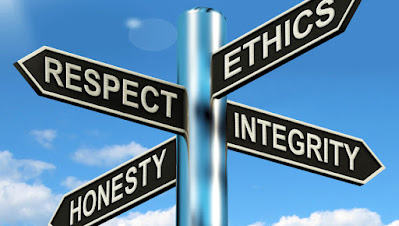 The Financial Reporting Council (FRC) published a summary of a tribunal that found a senior partner at KPMG had presented an “untruthful” defence during a disciplinary hearing.

The FRC hearing was convened to investigate KPMG’s misconduct during the sale of bedmaker Silentnight to a private equity fund. The tribunal found that partner David Costley-Wood failed to co-operate with the accounting regulator’s investigators.

During August of this year, KPMG was fined £13m and incurred costs of over £2.75m for its role in placing Silentnight into a insolvency process during 2011 that allowed private equity firm HIG Capital to acquire it without the burden of a £100m pension scheme liability.

KPMG’s lack of objectivity and “obvious” conflict of interest was the latest in a string of public humiliations including lawsuits and disciplinary complaints relating to audits the firm carried out at Carillion, Rolls-Royce and Conviviality, the owner of Bargain Booze.

This latest sanction was a huge financial hit for the Big Four firm. The tribunal report states that for the first time ever, the tribunal found a respondent had advanced dishonest evidence.

Costley-Wood, who faced fines of £500,000 for his involvement in the original case, claimed that Silentnight faced a “burning platform” prior to the debt sale agreement. However, the tribunal stated: “The defence put forward by Mr Costley-Wood in relation to the burning platform was a construct invented by him to assist in his defence.”

Not unreasonably decent, professional, honest members of the ICAEW are asking why the shameful behaviour of the larger firms is not being addressed adequately by the ICAEW.

One to get our blood boiling on a Friday @cheapaccounting @DellaHudsonFCA KPMG offers 'untruthful' defence in Silentnight tribunal https://t.co/beE1CZJZCf

The subject of ethics brings to mind my application for the role of the ICAEW's Ethics Examiner in 2005.

As I noted in 2005 I was invited for interview on 19th October, along with 24 other candidates who had applied for the other 11 papers. Prior to the interview I was sent the 5 page Ethics syllabus to read through, together with some other information and a training disc.

I had a one to one 20 minute interview, then a 45 minute panel interview. Seemingly I was the only person to specify Ethics as my first/only choice of paper.

I was told that I would hear by the end of the month, and that if chosen I would have to make a decision quickly; as work on the paper would start in November.

I received an email on the 1st of November which stated that since the interviews the ICAEW had rethought the approach to Ethics, and that there may well not be an assessment of the kind envisaged.

As such no Ethics exam team would be appointed.

You have the peace of mind knowing that your accountant's (your tax return agent) fees will be paid by the insurance without any Excess for you to find.

Tax Investigation Insurance is an insurance policy that will fully reimburse your accountants (your tax return agent) fees up to £100,000 if you are subject to enquiry by or dispute with HMRC.

A Solar Protect policy will enable your Accountant (your tax return agent) to: