An Opportunity Lost - Michael Izza Gets Stuck On K2 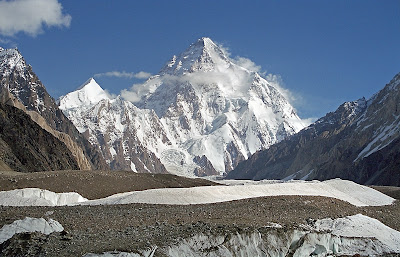 Michael Izza (CEO of the ICAEW) has published a blog post today entitled "Chartered accountants and tax evasion". Oddly though his first sentence deals with tax avoidance, not evasion, specifically the Times campaign against tax avoidance.

He goes on to say:


"I believe that there is no place for our profession in the creation or maintenance of these sorts of tax schemes...

In these difficult times, any ICAEW Chartered Accountants who are engaged in the kinds of schemes highlighted in The Times need to look at themselves in the mirror and ask – am I upholding the honour and reputation of ICAEW Chartered Accountants and am I seen to be doing that? If the answer is no then they need to ask themselves whether they want to belong to our profession or not? "

Sadly Michael has missed an opportunity to stand up against the media and political witch hunt that is threatening both legitimate tax avoidance and the profession itself.

Instead of calling for the simplification of the tax system, which would kill many complex tax avoidance schemes stone dead, he kowtows to the pressure of the media and political witch hunt and implies that the ICAEW wants members who offer legal tax schemes which the ICAEW does not approve of to leave the ICAEW.

As Jason Selig commented the other day on the ICAEW Group discussion about tax avoidance on LinkedIn:


"How is this a moral question?- there is no "right" or "wrong" about paying tax.

Is it moral to save for a pension or open an ISA or invest in an EIS scheme?

All of them save tax and if it wasn't for the tax break you wouldn't do them. A tax adviser is under a "moral" obligation to offer these kind of schemes to clients and warn about the ramifications, tax investigation, exposure in the media of actually doing them.

To fail to offer the schemes where relevant would be potentially negligent.

You may find them repugnant - as do I in some of the more aggressive schemes such as K2, and my advice to clients is not to enter into them - but that's not my call it's the client's - the fact is it's legal and fully disclosed on the tax returns - if HMRC want to challenge there is a legal process that allows them to do so. "


As I noted the other day on my HMRC site:


"Avoidance is a perfectly normal human thing to try to do, the politicians are not in a position to lecture the rest of us on 'morality'."

The media and politicians lecturing us on morality is as natural as a cat walking on its hind legs.

Unsurprisingly of those members of the ICAEW that could be bothered to vote, a significant percentage (almost 20%) voted against an increase in the annual subscriptions.

The ICAEW has over 138,000 members worldwide, the turnout of less than 6% is a disgrace and shows an alarming disconnect between the bunker in Moorgate and the membership who live and work in the real world.

Based on the low turnout and (relatively) high vote against an increase in subscriptions, the ICAEW will have its work cut out for it if it is forced to fill the £40M black hole in the pension scheme by increasing subscriptions again!

The ICAEW have set up a special twitter account that gives access to a specialist advisory team to support ICAEW members, by providing free confidential advice on and help with any technical or ethical problems, issues or questions.

The account is at this address @ICAEW_TAS
Posted by Ken Frost at 4:01 PM 0 comments